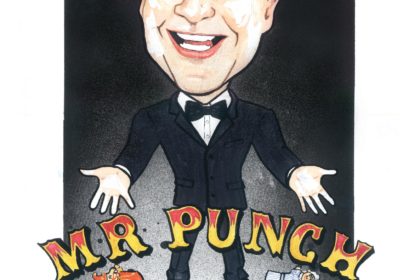 MR PUNCH THEATRICAL PLAY at CONNOLLYS OF LEAP 8pm, Thursday 6th July 2017 Tickets €10, available on the door MR PUNCH is the story of a puppeteer, Jimmy Horgan, and his attempts to perform his traditional Punch and Judy Show in the world of today’s political correctness. Dominic Moore most recently appeared in the acclaimed JACK by Declan Hassett, the play marketing the centenary of the birth of Jack Lynch, at the Everyman. As one of Ireland’s leading puppeteers, he has worked extensively for RTE, featuring in THE WHY GUY, HUBBLE, SATTITUDE, WORDWICH, THE SWAMP, THE MORBEGS and THE RIMINI RIDDLE. “Dominic Moore is the absolute embodiment of everything going on in MR PUNCH in a performance of utter physicality and humourous edginess” – Liam Heylin, Evening Echo Age guidance: 13+ Trailer: https://vimeo.com/166197700 -NOW MR PUNCH, I’VE A WARRANT FOR YOUR ARREST. -OH HELLO GUARD. YOU’VE LEFT YOUR WALLET IN YOUR VEST? -I HAVEN’T LEFT MY WALLET IN MY VEST. I’VE A WARRANT FOR YOUR ARREST. -FOR MY ARREST GUARD? WHY? -BECAUSE I HAVE IT ON VERY GOOD AUTHORITY THAT YOU, MR. PUNCH, HAVE BEATEN YOUR WIFE AND HAVE THROWN YOUR BABY OUT THE WINDOW! …. 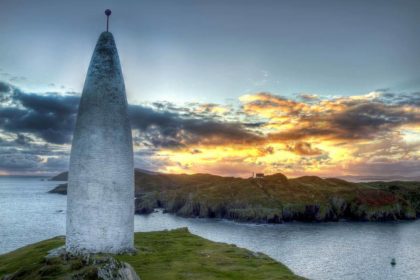 We are delighted to announce that an Eclectic Taste Of West Cork II will be returning as part of A Taste Of West Cork food festival. This all day event last year, was one of the most talked about gigs of the whole festival. We will be starting out again with a whiskey tasting in William O’Briens Corner Bar in Skibbereen, then travel by bus to Levis in Ballydehob for a charcuterie, cheese and gin and tonic reception washed down with talented musicians and spoken word. Then its back on the bus to head to the famous Connollys of Leap for buffet dinner, comedy, spoken word and dancing. Buses will return to Skibbereen and Ballydehob at the end of the night. Mick Flannery, Brendan O’Hara, Brilliant Shane, Finbar Magee, David Jackson, Richie Mooney Julie Goo and more acts to be announced This sold out last year in no time, tickets capped at 70 places. Tickets €70. This includes bus back to Skibbereen and Ballydehob. Contact Cormac on 0876719764 Email info@bespokeweddingspeeches.com