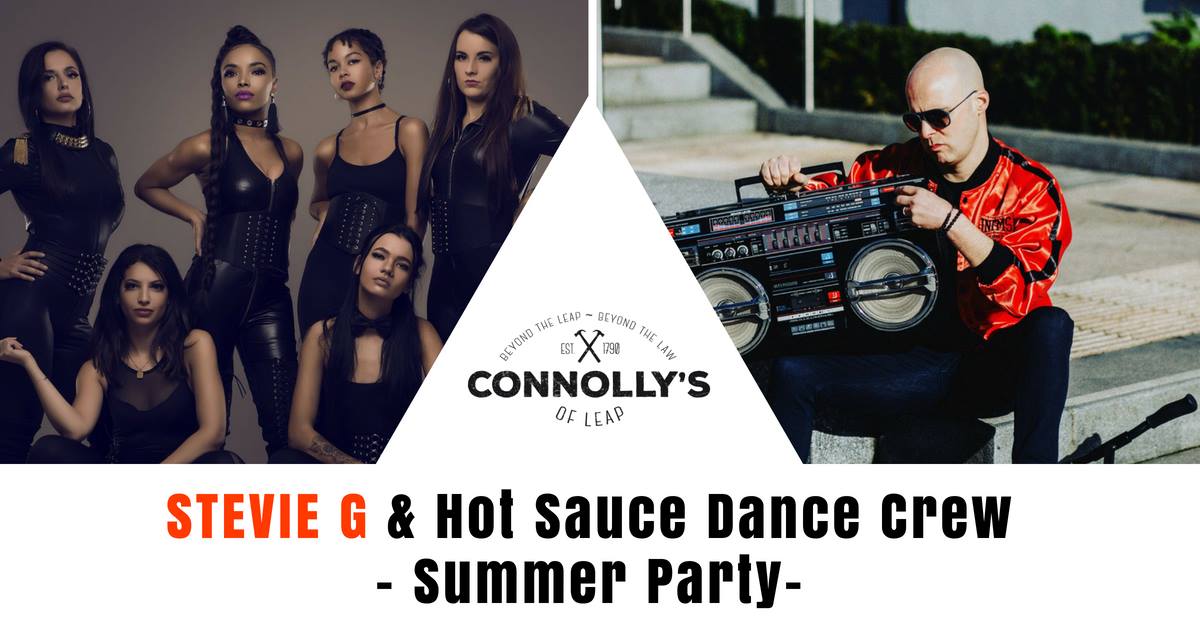 On Saturday, 23rd of June, we bring to you another SUMMER PARTY hosted by Stevie G, who will be accompanied by the beautiful and incredibly talented Hot Sauce Dance Crew.

Stevie G is a DJ from Cork City in Ireland. He has been djing regularly all over the country and beyond for 20 years now and is known for helping expose a lot of people to hip-hop, soul, r&b, dancehall and jazz. His long term residencies in such nightclubs as Sir Henrys, the Savoy, The Kitchen, RiRa, the Pavilion and the Pod were very popular, and he still spins weekly in all over Ireland and appears regularly at all of the top Irish music festivals. He runs Soul Jamz records with Ian Ring and they also produce music together as aboveDat. Stevie runs Jam, Taboo, Footsteps and Vinyl love and he has two weekly shows on Corks RedFM. Stevie also works extensively with Cork based dancer Andrea Williams.

HOT SAUCE is an International Dance Performance Group based in Ireland created by the head Choreographer Andrea Williams.

This very eclectic group is formed by talented individuals with their own unique style who mastered their own disciplines creating a “melting pot” of rhythms and flavours.