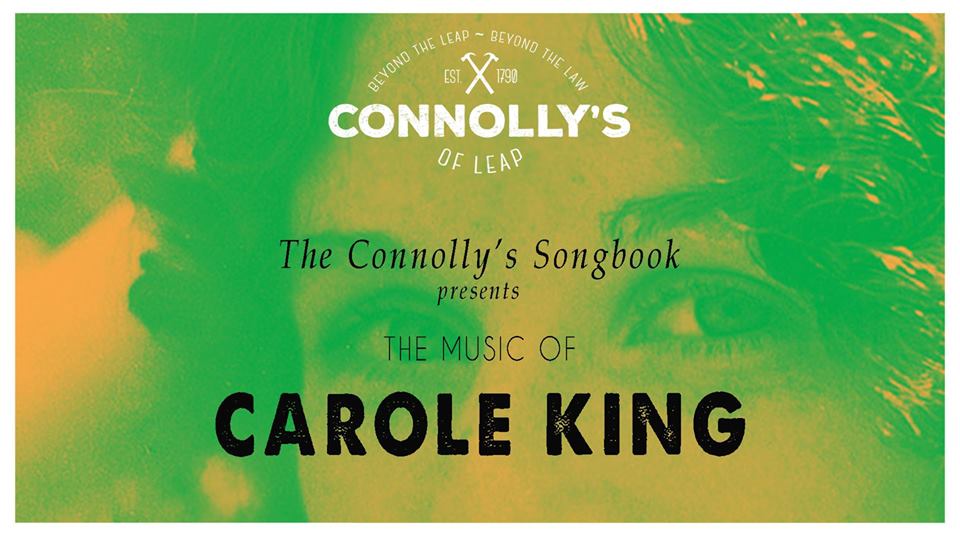 Hosted by musician Caoilian Sherlock, there will once again be a wonderful bunch of fantastic musicians and singers on hand to pay tribute to one of the finest and greatly admired songwriters on popular music.

Carole King’s career began in the 1960s when she and her first husband, Gerry Goffin, wrote more than two dozen chart hits for numerous artists, many of which have become standards. She has continued writing for other artists since then.

King’s success as a performer in her own right did not come until the 1970s, when she sang her own songs, accompanying herself on the piano, in a series of albums and concerts. After experiencing commercial disappointment with her debut album Writer, King scored her breakthrough with the album Tapestry. King also wrote 61 hits that charted in the UK, making her the most successful female songwriter on the UK singles charts between 1952 and 2005.

If you are interested in taking part in this edition of The Connolly’s Songbook, as a singer or a musician, please get in touch through a private message or you can email caoilianjsherlock@gmail.com