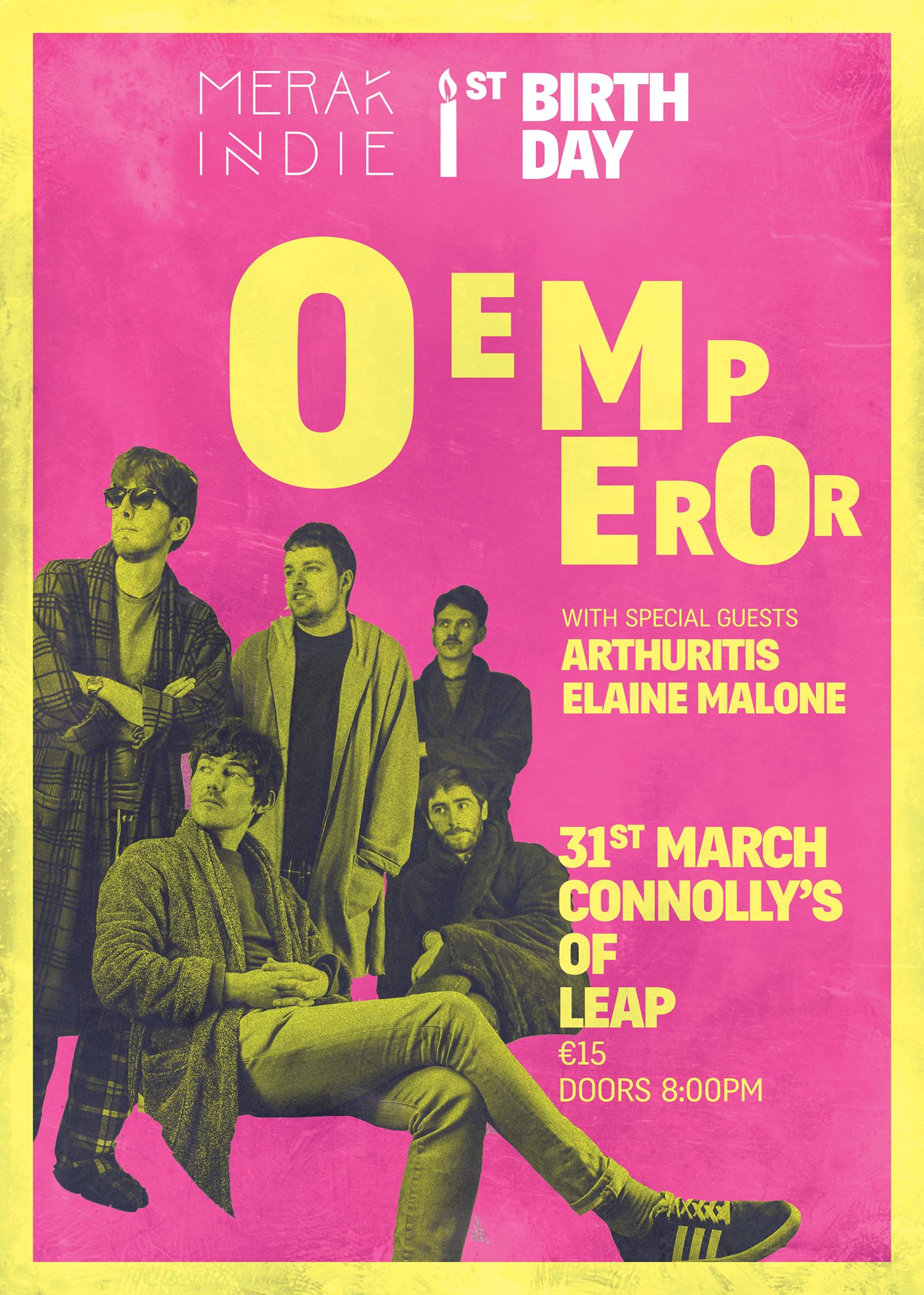 If you want a place on the bus from Cork city returning that night, post your name on the event wall.

O EMPEROR
Emerging from a sustained period of blurblobitude, O Emperor return in 2018 with new music. Make it Rain is the first song to be released from a batch of new material which marks a significant break from the song-centred approach of the band’s previous work. The track is a delicious slice of fuzzy Afro-Disco, emerging from spontaneous instrumental experiments captured and pieced together at the band’s Cork studio.

The release of Make it Rain on January 29th preempts the band’s appearance at Quarter Block Party on February 2nd, and a Dublin date at the Bello Bar on February 17th, Connolly’s of Leap March 31st -the band’s first live performances in over two years.
www.breakingtunes/oemperor

ELAINE MALONE
Elaine Malone is a Cork based, Limerick born psych-folker. Influenced by Elliott Smith, Nirvana and Connan Mockasin, her dynamic three piece brings folk to grungey and psychedelic places. Her debut EP ‘Land’ is due out in the coming weeks.