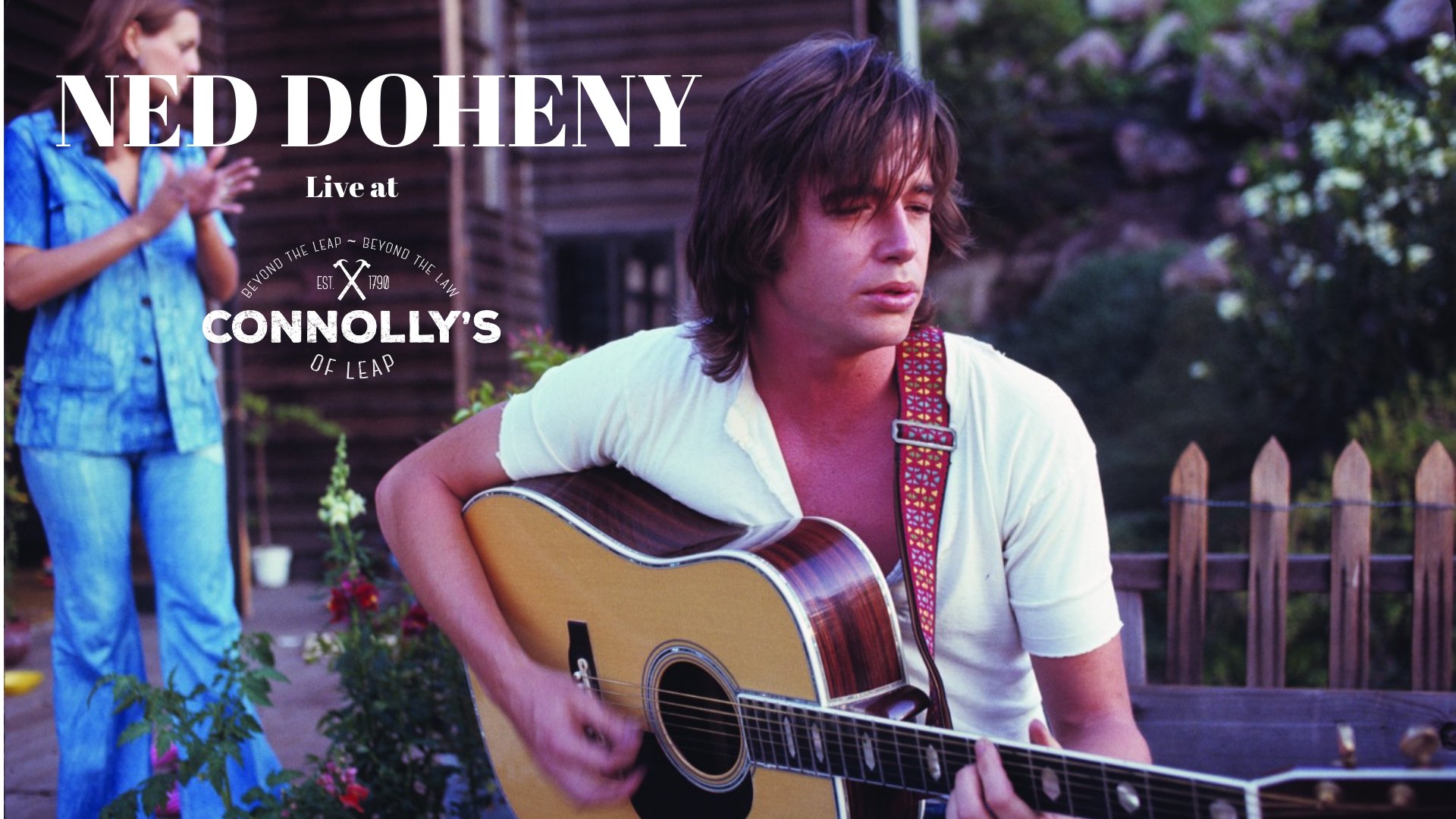 A key member of the California soft rock scene in the 70’s, Ned Doheny reached cult status thanks to his 1976 album Hard Candy which featured anthemic numbers such as ‘Get It Up For Love’, ‘To Prove My Love’ and ‘A Love Of Your Own’.

Ned Doheny is an American singer, songwriter and guitarist from Malibu, California who has recorded five albums as well as performed on many albums by other artists including Don Henley and Glenn Frey of the Eagles, J.D. Souther, Linda Ronstadt, and Jackson Browne, with whom he was once in a band. Ned Doheny now lives in Silverlake, California.

One of his earliest compositions, “On and On,” was recorded by Dave Mason in 1971.[3] Doheny, Mason and Cass Elliott were in a trio for a time. Doheny was the first artist signed to David Geffen’s Asylum label, which produced his first album Ned Doheny in 1972. His label mates included Jackson Browne, Joni Mitchell, David Blue and other West Coast musicians of the day. Doheny toured multiple times with a band made up of several studio musicians.

His second album Hard Candy was released by CBS in 1976. It included the composition “A Love of Your Own,” which was covered by the Average White Band. Chaka Khan also had a hit with a Doheny composition, “What Cha’ Gonna Do For Me.” Other Doheny songs such as “I’ve Got Your Number”, “Get It Up For Love” and “To Prove My Love” have all charted in the US as well as the UK and Japan. His third CBS album Prone was recorded in 1977.

Doheny’s next album, Life After Romance, was released in Japan in 1988 due to his popularity there. Between April 1990 and September 1993 he hosted a radio program called “Postcards from Hollywood” on Yokohama FM. His next studio album, Between Two Worlds, was released in 1993.

Though often categorized as a West Coast artist because of his Los Angeles roots and association with other West Coast artists, Doheny’s music defies exact categorization, being variously described as pop, funk, jazz and AOR. He’s been compared to Steely Dan and the Eagles.

In addition to original CD releases in Japan, both Hard Candy and Prone, produced by guitarist Steve Cropper, have been reissued as LP-replica CDs. All three albums are currently available as digital downloads online.

In 2014, London-based reissue record label Be With Records began an extensive vinyl-only reissue series of Doheny’s albums. Hard Candy came first in September 2014 and in April 2015 they reissued the Japan-only Prone. The release was promoted via a tour of the UK and Europe