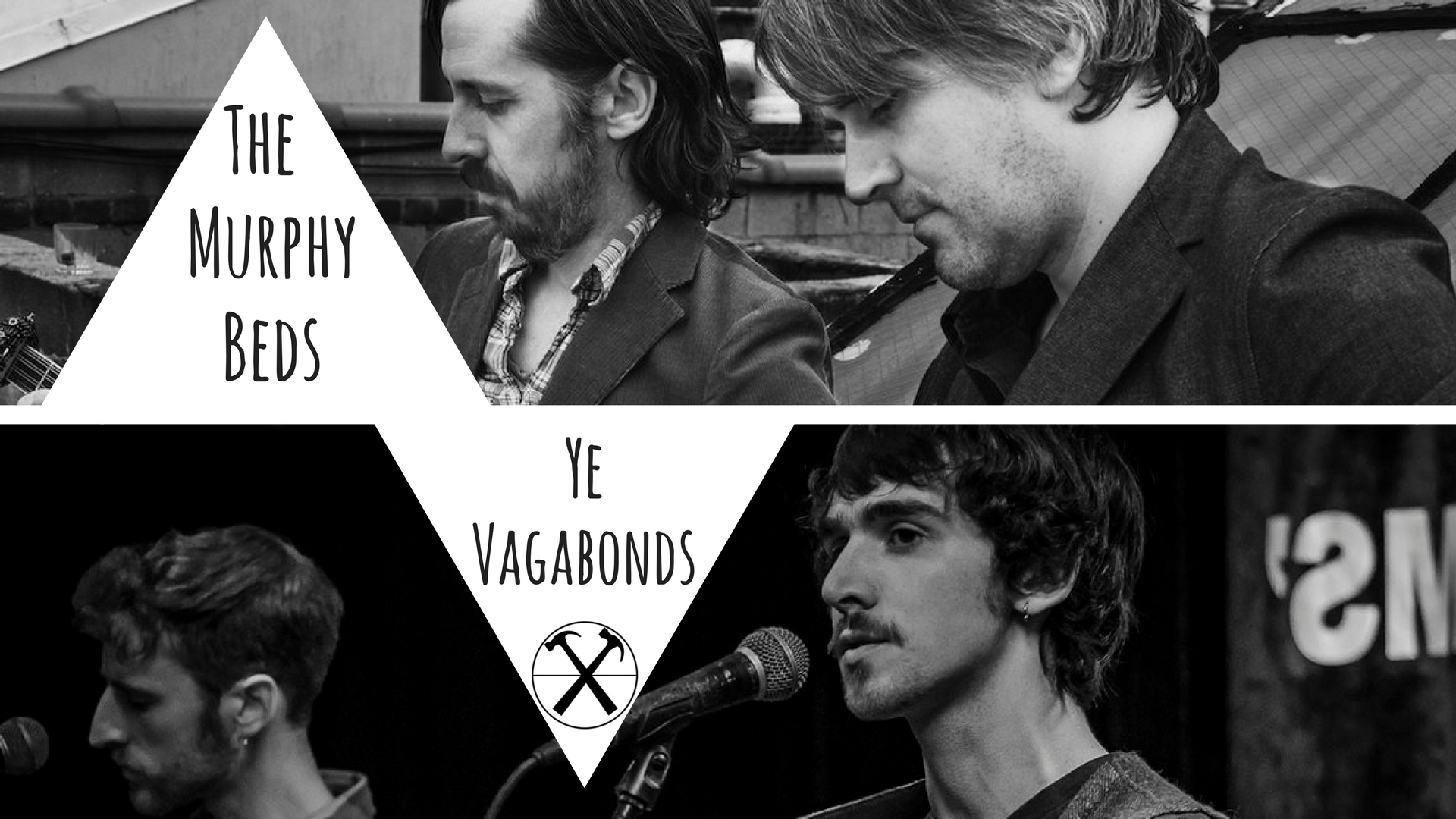 The Murphy Beds & Ye Vagabonds will be sharing the stage in Connolly’s on Wednesday May 9th.

The Murphy Beds present traditional and original folk songs with close harmonies and deft instrumental arrangements on bouzouki, guitar, and mandolin. They have toured and collaborated with artists across the folk spectrum including Beth Orton, Bonnie ‘Prince’ Billy,Anais Mitchell, and Sam Amidon.

Their great feat turns out to be taking what’s best of the classic Irish folk revival without falling into any of its clichés. The resulting album bears repeated listening from start to finish, with ten beautiful, crystalline songs. –Huffington Post

Eamon started playing traditional Irish music while growing up in Dublin. He has toured and performed with many of the great players in the genre. His second album of original songs is set for release in 2018 on Reveal Records. Jefferson performs as a singer, songwriter and guitarist in a variety of acoustic and electric genres. He was awarded a BBC Radio 2 Folk Award in 2013 for the record Child Ballads,
written and recorded with Anais Mitchell.

Buoyed by the success of their debut EP Rose & Briar in 2015, and continuing support from respected musicians like Lisa Hannigan, Roy Harper and Glen Hansard; brothers Brían and Diarmuid Mac Gloinn, who form Ye Vagabonds, have released their highly anticipated debut album, on their own label: Inglenook Records.

The album was recorded by Nick Rayner between The Meadow recording studios in Wicklow, and Rayner’s studio in West Cork.