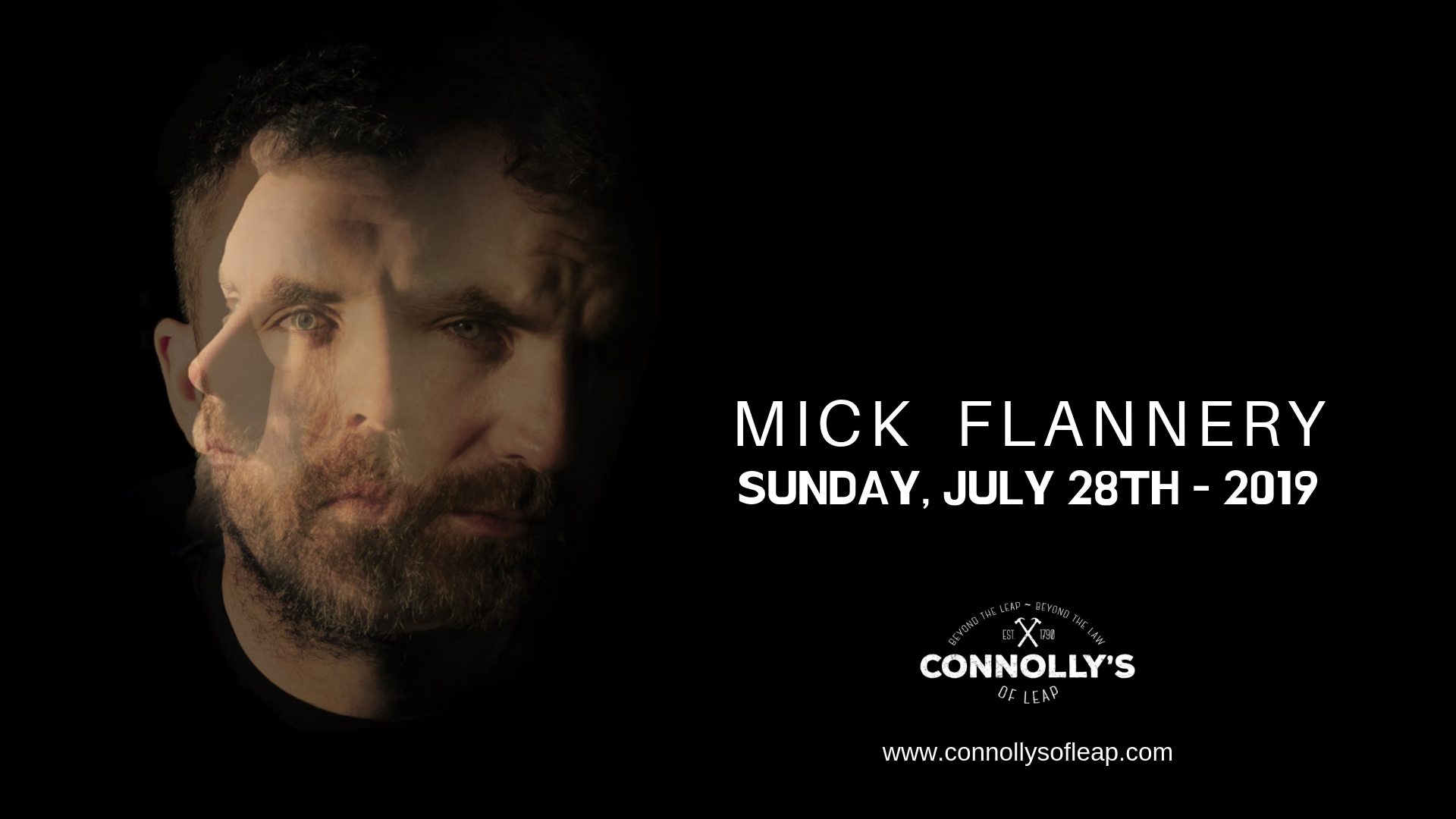 A cliché has it that you have to beware of the quiet ones, because most of the time their voices speak sharper and with more range than the loudmouths. Every cliché, however,
has a grain of truth in it, and so it’s fair to say that while County Cork singer-songwriter Mick Flannery is outwardly reserved, his songs are fluent in expressing layered aspects of the human condition, its flaws, triumphs, and general uncertainty.
An award-winning, double-platinum selling artist, Mick Flannery is on the brink of releasing not only his self-titled sixth album, but also overseeing the worldwide premiere of the stage musical, Evening Train (so named after his 2007 debut album). He began to write songs as a teenager in his home of Blarney, County Cork. As musical influences from albums by the likes of Bob Dylan, Van Morrison, Joni Mitchell and Tom Waits seeped into his creative DNA, Mick absorbed, learned and honed the craft that would send him on his way into the world. The path was smoothed somewhat when, at the age of 19, he became the first Irish songwriter to win the Nashville-based
International Songwriting Competition. By the time he turned 21, he had signed to a major label and released his debut album.
With his latest release, Mick touches on loose themes of ambition and the search for a meaningful life in the context of a musician’s sometimes feckless and dysfunctional
lifestyle. The central character, he reveals, is someone like him, “although this person achieves more notoriety than I have. He is properly famous, and he has to deal with that.” The loose theme is just that, however. “I’m not going to hammer it home. Facets
of the theme are on the album, but the storyline itself isn’t an overarching one – each song can stand on its own, and not need to be part of a narrative.” Songs on the album reference reputation and ego (Wasteland), emotional search and
rescue (Come Find Me), socio-cultural intransigence (I’ve Been Right), flawed or unreliable love (How I Miss You, Way Things Go), moral collapse (Light A Fire) and loss of
status Star to Star. Whether or not the listener locks onto the themes or topics is irrelevant, says Mick. “There are a few relationship songs on the album that don’t
necessarily marry into anything; I see them as a background thing, although with value.” Threading a line throughout is Mick’s uncanny knack for blending melody with thought-
provoking lyrics. Now in his mid-30s, and somewhat reflective of the musician he sings about on his self-titled album, Mick is fully aware of the internal struggles that come
with trying to balance ambitions with whatever life throws their way. “What happens to a person, sometimes, is that they attach self-worth to their career, and once the career fails then self-worth also plummets. The more weight you put into
this persona you’re trying to be, you set yourself up for a bigger fall. It’s the danger of having big ambitions that are based on the external rather the internal.” Mick Flannery has, of course, experienced and processed enough in the past fifteen
years to know what his views are. He smiles when he says that for the sake of the songs he ever so slightly embroiders certain facts for creative effect. “Obviously, I don’t equate to the levels of conflict I’m describing in the songs. I know the
spectrum because of how reserved I am, and how – in my years of being in the music industry, and through varying levels of being noticed – it can change your life a bit.
You’re not anonymous in certain places, and when that modifies your behaviour things can happen to you that are unknown to the general public. It’s a strange thing, a
balancing act. Most of the time, however, I can go out for a quiet night and not be recognised. I wouldn’t want to give up that freedom.” Such freedom is hard earned and comes at a price, yet Mick wouldn’t dream of giving up songwriting. Why would he when, he says, it’s getting easier. “I mess around with all sorts of ways to write a song – silly songs, impromptu songs, joke
songs that I co-write with a buddy of mine in America. We have about 200 of them by this point. I’m a little bit addicted to it, I think; it is certainly my favourite thing, and I’d
like to keep doing it. I put a lot of hours into the craft, and it would be a shame to change tack. I like the merging of lyrics and melodies. I have a passion and a facility for
it, which I know I’m lucky to have.” This self-titled release is Mick’s sixth album – that is a sizeable back catalogue, a genuine
body of work. For live shows, he says, it’s comforting.
“I remember feeling at the beginning of my performing career that I didn’t have an armoury of material. If a gig wasn’t going well, I knew there was no cavalry of songs
coming over the hill to rescue it. Different songs call in different moods, and at the start all I had was a handful.”
He has six times that now, with decades ahead for many more, whatever his age. Mick has long since disregarded the view that anyone over the age of 30 has little to write about. “The outside perception is that the people who buy music are young, that the
music they buy is what gets played on the radio. There’s such a wealth of experience in older people, however, that’s as valid as anything a young songwriter brings.”