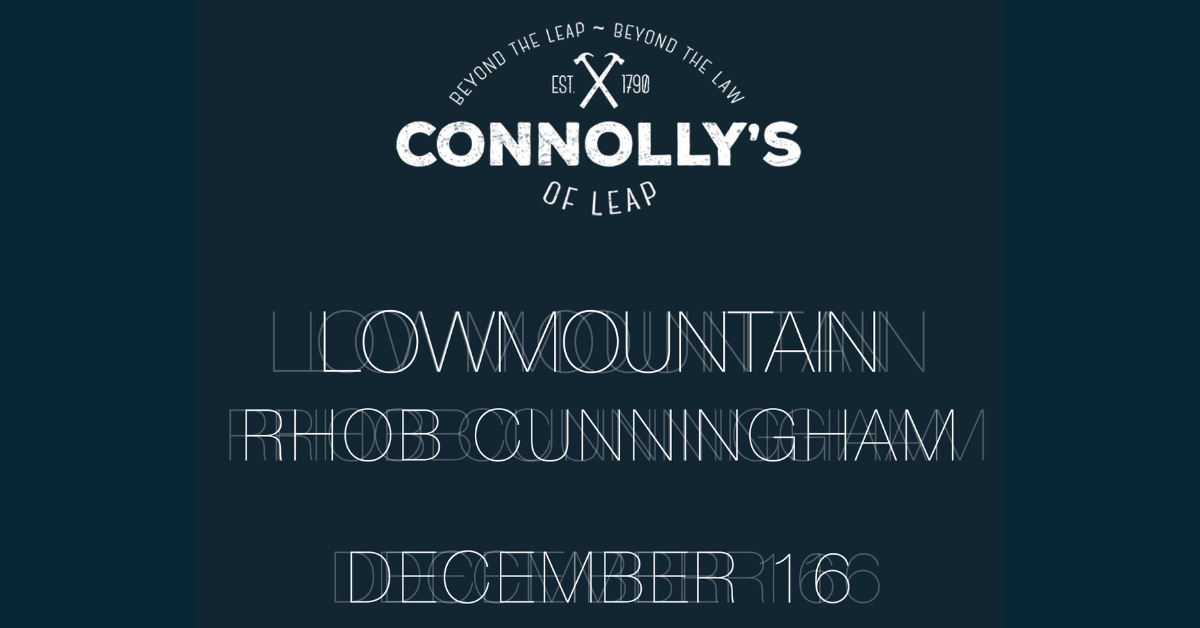 LOWmountain are story tellers that don’t shy away from the viscera of a broken heart or the silent ecstasy of our gentlest moments.

They are a A West Cork three-piece, who love making music… with a story.
. . .

Irish singer-songwriter Rhob Cunningham has set his sights on the Southern Cross.
His debut album, under the moniker Our Little Secrets, brought him to prominence on the airwaves in 2010, introducing his lyrical style and melodic scope.
“Songs to rouse and sooth” – The Irish Times.

Having since recorded albums in Iceland (with Bjork / Bonnie Prince Billy producer Valgeir Sigurdsson), Berlin, Paris, Nashville, and Vienna, he is finally coming to perform under Australian skies, opening for Wallis Bird on her March 2019 Tour.

Cunningham has collaborated and performed with much of the current crop of Irish talent.
With Villagers, recently contributing to their new album,
Lisa Hannigan, appearing on each others’ debut albums,
and James Vincent McMorrow, live and in studio.

Playing festivals across Europe in 2018, amid Italian Alps and Austrian forests, has only added to an illustrious list of shows in the last decade,
opening for Gil Scott-Heron, John Martyn, Bobby Womack and Tori Amos to name a few.
Autumn 2018 was spent playing a 7-date US/Irish tour with Australia’s talented folk act All Our Exes Live In Texas and, come March, you can catch him gracing the stages of Melbourne’s Northcote Social Club, Brisbane’s Old Museum and The Factory Floor in Sydney.

Awarded Music Bursaries by the Arts Council of Ireland and Music Network Ireland, both 2012,
Artist-in-Residence at Centre Culturel d’Irlandais in Paris 2015
. . .