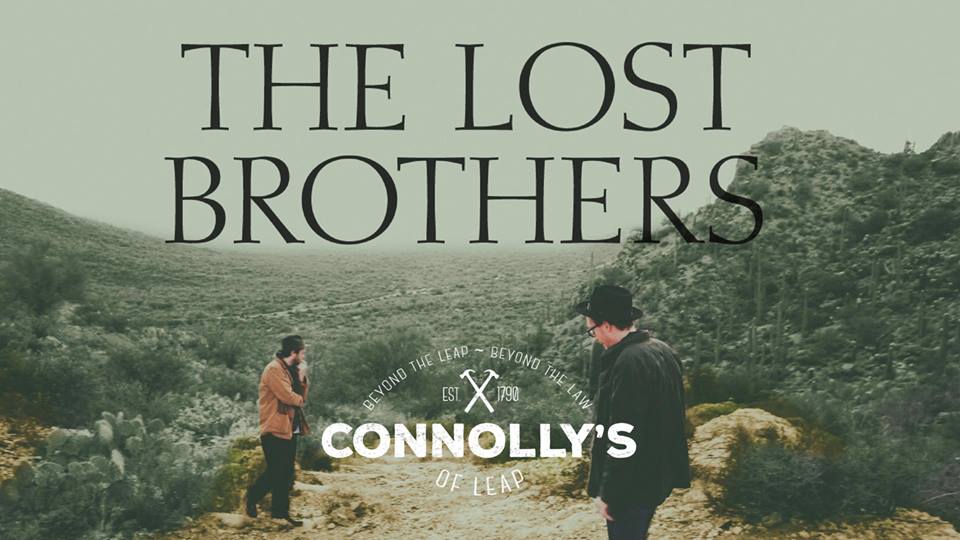 The Lost Brothers are coming to Connolly’s of Leap during their tour of Cork in September.

There is something special about two musicians in unison, so it’s good news for everyone that the harmony-laden Lost Brothers – Irish songwriters and musicians Oisin Leech and Mark McCausland – are back. The past ten years has disappeared in the blink of an eyelid. Their 2008 debut album, Trails Of The Lonely, was produced in Portland, Oregon, by Mike Coykendall.

Their latest, Halfway Towards A Healing (recorded in Tucson, Arizona, at Dust and Stone Studios, overseen by Giant Sand linchpin, Howe Gelb), is another step on the right road. Over twelve superb tracks, location and emotion are softly suggested. From opening song, Echoes In The Wind, to closing spoken word track, The Ballad Of A Lost Brother (via the instrumental cantina hymn, Reigns Of Ruin, the fragile finger-picking beauty of More Than I Can Comprehend, and the delicate strum of Nothing’s Going To Change Me Now), the songs reach out like fingers across a warm night to calm a troubled brow. The lyrics match the intimate, tender moods, and reference sorting out life’s minor irritations, engaging with life’s major upsets, dealing with sorrow and embracing happiness. The rich, sometimes frayed fabric of merely existing imbues Halfway

Towards A Healing with a truth rarely expressed. “Many of our albums have been quite desolate,” admits Oisin, “but this one has tiny slivers of hope. We’ve been challenged, and that has made the songs richer. We have definitely polished the gloom a bit! Weirdly, it’s our most forward-thinking record.”

“The Lost Brothers sound like the ghost of Hank Williams whispering a secret to the Everly Brothers.”