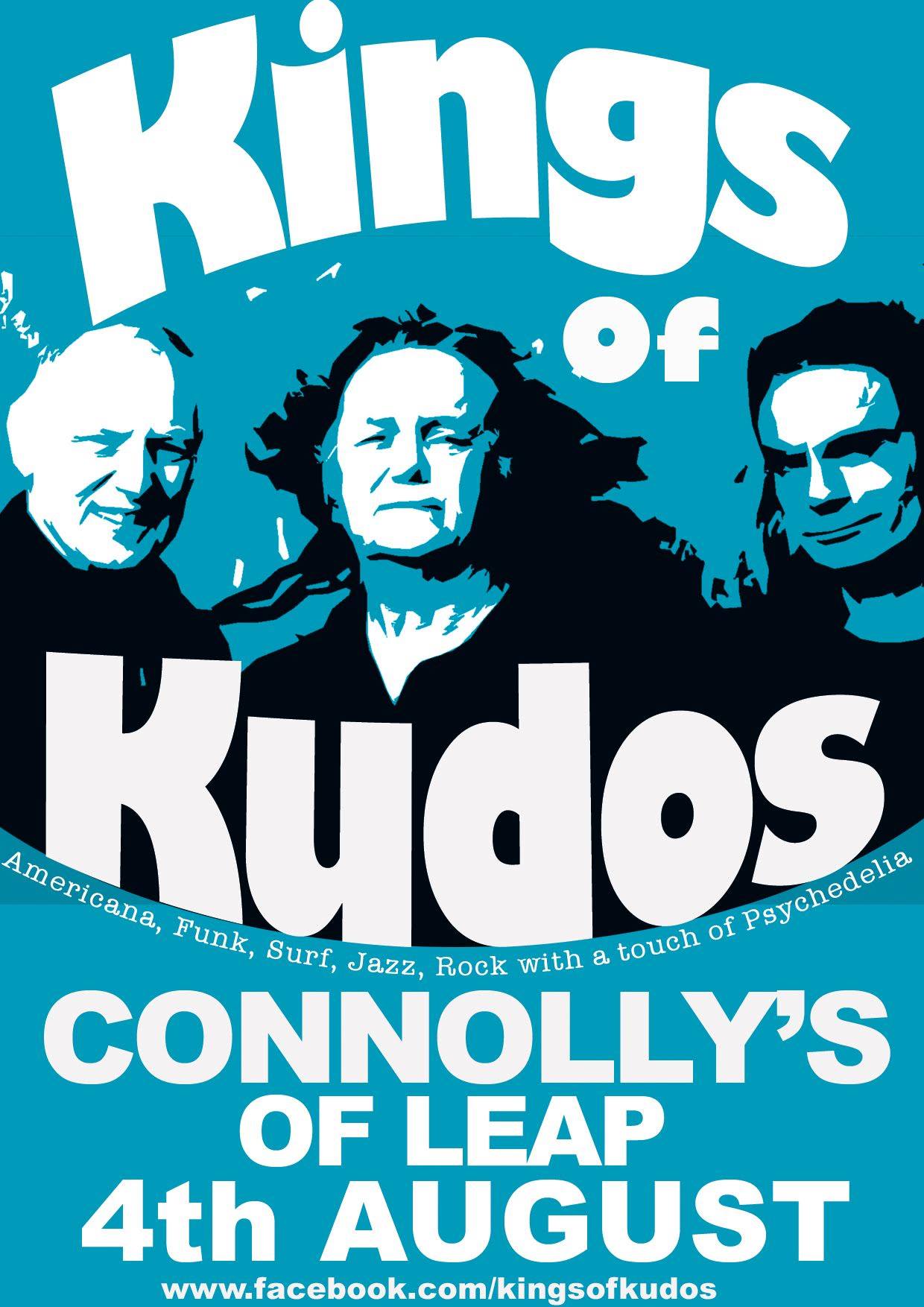 Come on a trip with the genre defying Kings Of Kudos LIVE at Connolly’s of Leap.

Kings of Kudos have a unique sound that draws from many influences including Americana, Funk, Surf, Jazz, Rock and, of course, a touch of Psychedelia.

a brief Bio about the band ->
The Kings of Kudos story starts over a decade ago when Stephen Housden (Guitar/Vocals) and Les Sampson (Drums) played regularly together with Noel Redding (Jimi Hendrix Experience).
After various line-ups in different bands together, Les and Stephen decided to form a band to play original music. Recording of the soon to be released ‘West Of Everywhere’ was started with guest musicians. Three years ago with the addition of Mike Geaney (Bass) the Kings Of Kudos had arrived.

Stephen Housden (the band’s main writer) toured the world for many years as a member of ‘Little River Band’ . He has played and recorded with many great musicians including; Dr. John, Warren Zevon, Noel Redding, John Entwistle, Glenn Frey and Albert Lee.

Stephen also played on various jingles and soundtracks including the international blockbuster Crocodile Dundee. He has conducted music theory and improvisation seminars for guitarists, and written columns for magazines such as Sonics and Australian Musician.