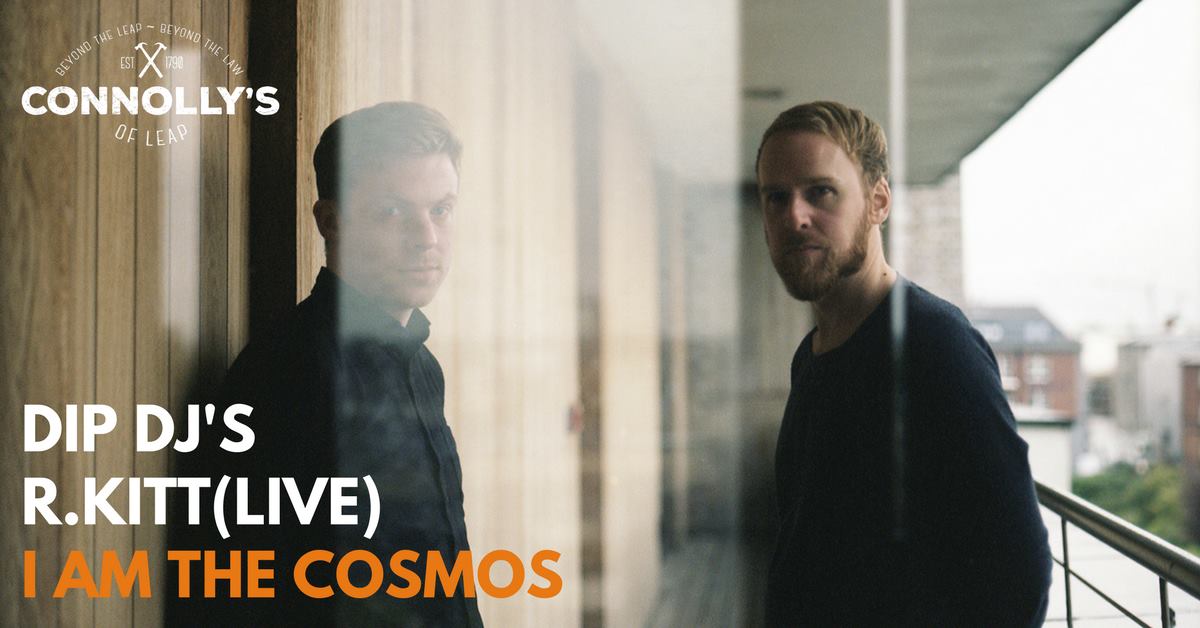 I Am The Cosmos
———————
I Am The Cosmos are an Irish electronic duo made up of Ross Turner and Cian Murphy. The band’s forthcoming EP ‘Nothing But Love’ will be their 3rd release, following 2016’s ‘Letting It Go’ 12” single( Happy Valley Records) and 2013’s ‘Monochrome’ LP(Elastic Witch/Bodytonic).

The EP’s four tracks were written, produced, recorded and mixed in the National Concert Hall, Dublin and are scheduled for Autumn release on Art For Blind.

The EP’s cover art is a painting by Labhaoise Murphy.

Since their debut album’s release, I Am The Cosmos have garnered both local and international critical praise; they were awarded Nialler9’s Irish album of 2013 for ‘Monochrome’ and were nominated for Meteor Choice Song of the Year 2013 for their track ‘Look Me In The Eye’. International press has included features on Vice, Clash, Mixmag, the 405 and Dangerous Minds among others. Although generally choosing to make only rare live appearances, the band have shared stages with the likes of Metronomy and Lindstrom, as well as featuring on Ireland’s summer festival circuit.

’Nothing But Love’ will be available from November 17th via Art For Blind Records.”

— —
‘It’s a delightful collection of nostalgic and melancholic electronic music, tunes that refuse to lapse into a downtempo mode, but instead manage to sustain a controlled urgency’. – The Irish Times

‘From their first release “Dislocate”, they have been cautiously producing material of such quality and originality that it promised I Am The Cosmos would one day release a masterwork. And now it would appear this day has come early, with the release of their sublime debut album Monochrome’ – Dangerous Minds

‘with Monochrome, I Am The Cosmos have created an incredibly beautiful and urgent record that avoids the nostalgic color of so much electronic music theses days’ – Noisey/VICE

————–
Robbie Kitt
————-
r.kitt is a DJ and producer from Dublin. His productions are awash deep, richly complex melodies. Melody is the central figure of his musical expression but the tracks he makes still have clear nods to the classic sounds of early Chicago house productions. His music is about 2 things, emotion and dancing. On the dancefloor, feeling inspires movement and movement expresses and inspires feeling. He wants his productions to help you get lost in that beautiful circular experience. Recently, he released his debut EP on Pear Records, a new sub label off of All City Records with loads more records to come in the new year.