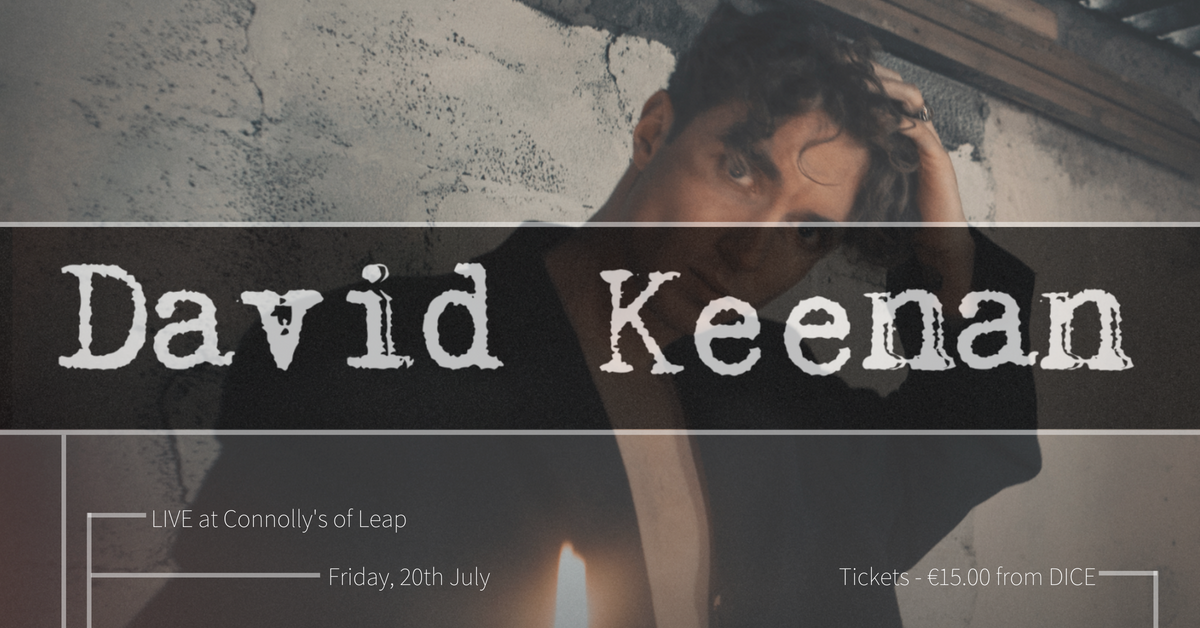 On July 20th, we welcome David Keenan to Connolly’s of Leap for the first time in history, and hopefully not the last…

His live shows have been described as visceral, spiritual and communal events where Keenan moves between a one man and his guitar monologue to fronting a band whose sound only acts as a carrier for the songs further solidifying their intent. Advocating expression through all forms, dressed in the clothes of an out of work revolutionary his debut album is to be
David Keenan is an Irish songwriter, a young Artist who uses his lyrics to paint pictures with words on canvases of silence, curating a body of work which is steeped in the poetic tradition of old but delivered in such a way that is entirely his own.letloosed in 2018.

“Not just another young lad with an acoustic guitar, Keenan is the sound of Tim Buckley and Brendan Behan arguing over a few jars, while Kavanagh deals Dylan a suspicious hand of cards, and Anthony Cronin and Jack Kerouac furiously try to scribble it all down.”
Pat Carty
Hotpress Magazine