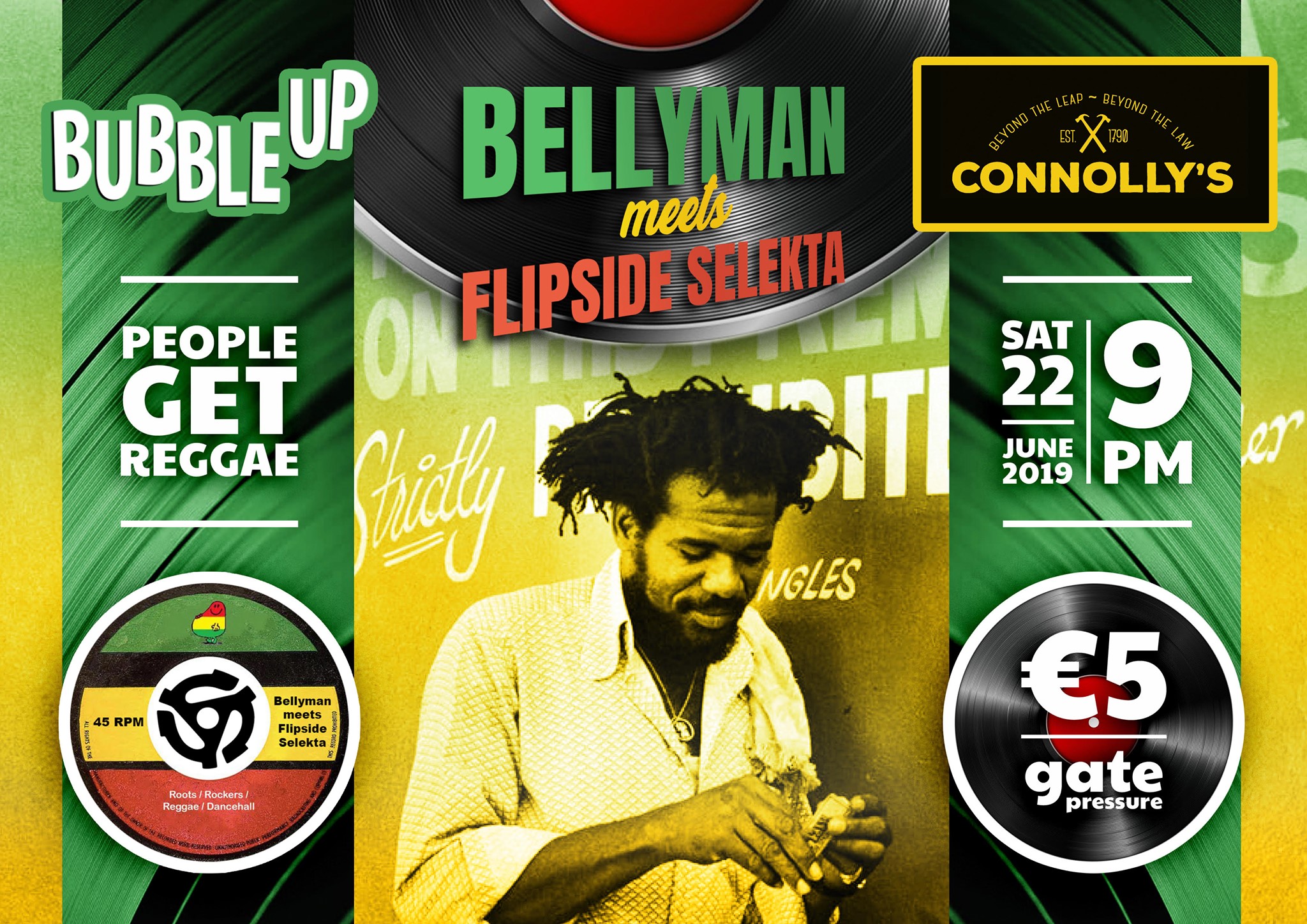 Reggae DJ
Rankin Bellyman hails from Islington in London, England and grew up immersed in the sound system culture of the capital during the late 70’s and early 80’s. He began collecting Jamaican records from an early age and has amassed one of the finest libraries
of original Reggae vinyl on the planet, along with an encyclopaedic knowledge of the genre.

Bellyman played
his first professional gig at the tender age of 15 with local sound system, People’s Music, before going on to hold residencies at notorious venues, Dingwalls in Camden Town and Soho’s Wag Club. In 1989 he set up his own club nite, Homelands, in the heart
of London’s West End.

Summer ‘91,
Bellyman relocated to Cork, Ireland where he began residencies at the infamous venue Sir Henry’s, The Donkey’s Ears and his own club nite, Deliverance. He joined now legendary Cork pirate station, Radio Friendly at it’s inception, broadcasting his weekly cult
Reggae show ‘The Jamdown’ every Sunday afternoon for over seven years.

Between 2002
and 2007, Bellyman opened Roots Records in Kinsale, a specialist Reggae vendor. He has worked exclusively for Pressure Sounds record label in the UK, helping to compile classic re-issue Reggae compilations. He now runs his own online record store, Dub Defender,
selling rare and collectable vinyl.

Bellyman plays
the hardest, coolest and funkiest set from old school Studio One, Classic Roots and Rub A Dub to the freshest One Drop, Dub Plates and Dancehall Flava. Guaranteed to ‘Nice Up the Dance Everytime’ He continues to ‘play out’ at various venues and festivals in
Ireland, UK, Europe and Jamaica.

He plays a
mix of versions, loops & dubplates played with two Technics decks & his Roland SP 404 sampler recorded & played live during his sets.