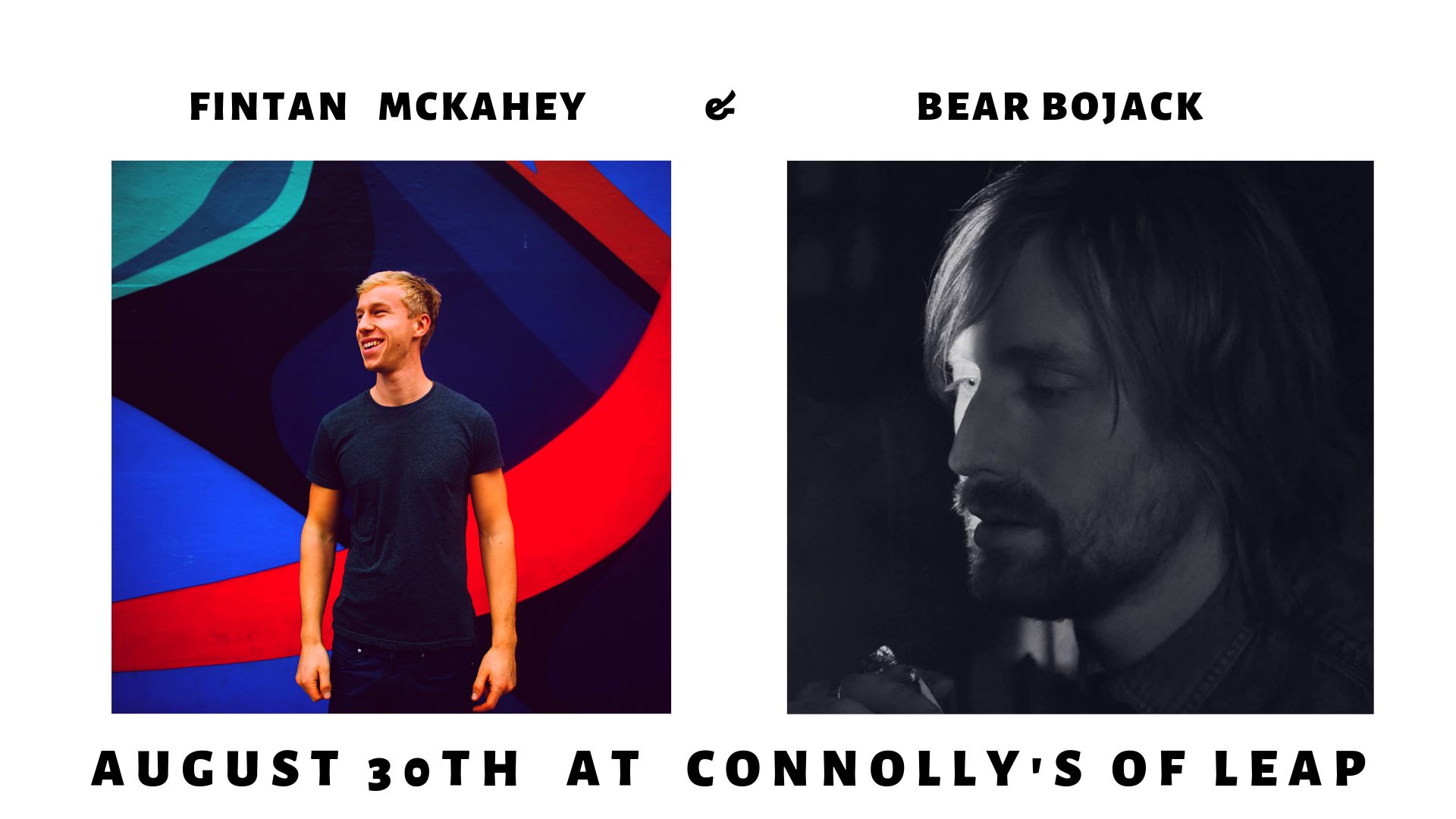 Fintan McKahey is a young Irish singer- songwriter. His percussive style of guitar resonates with the mystic pulse of West Cork. His new single, ‘Amicable Ambience’, dropped at summers end. Played on KCLR96FM & Eirewave. The song evokes the thinning atmosphere, that separates our worlds at Samhain and features in the new documentary.
‘Fintan: Genesis of an Artist’, a short music documentary by Cork filmmaker, S.H.Bean, premiered at the Dublin International Short Film &amp; Music Festival in October 2018. The film observes Fintan’s creative process, as he makes the
journey from wild Atlantic beaches, to the bright lights of our rebel city. Cork audiences enjoyed a screening at the Kino, which was followed by a gig,together with a full band, where Fintan previewed new songs from the forthcoming ‘God Games‘ EP (due for release Spring 2019)The past two years have been spent writing, recording and developing a different sound; immersed in the creation of ‘God Games’. Additionally, Fintan has been exploring collaborations with several artists from the different disciplines of film, photography and dance. A project with Cork producer Tone, resulted in their song ‘Roimh’ receiving several weeks of airplay on Corks Red FM. He has also enjoyed playing support for Roisin O, Leo Stannard and most recently, The 4 Of Us, Live at St. Lukes over the Cork Jazz weekend. An Irish tour is planned to showcase the new work, alongside a campaign to encourage pre-orders of the next EP.
Fintan is the son of an Irish drummer (Stump) and British actress. Travels through Thailand, the Masai Mara in Africa and studies with Laika shamans in the Sacred Valley, Peru, have influenced his songs. A multi disciplinary artist, he
continues to work as a performer in Ireland, having trained as a classical actor at Kinsale’s amphitheatre.
A year in London furthered his experience of music production, while hip hop and down tempo electronic musicnow permeate his more recent work. Fintan
launched his debut EP ‘Two Lifetimes Late’ at DeBarras Folk Club, Clonakilty.

Bear Bojack is an 8 piece collective of harmony-based alternative folk-soul. Think Ray Lamontagne vocals with ambient Bon Iver arrangements alongside melodies and lyrics which both haunt and uplift in equal measure.

Songwriter/frontman Chris McDonald, originally from Nottingham, found himself in West Cork 5 years ago which he describes as the only place he has ever “truly felt at home as an artist and a human.” Describing making music in West Cork he says “something about the acceptance of the people, the peace and the beauty and integral respect for culture creates a rare melting pot of creativity which is profoundly unique.”

After the critical acclaim of the first album ‘There’s a Fire’ which led to film syncs on several major films such as the Host and Bella Vita Bear Bojack have been back in the studio working on the follow up album ‘Hope Dies Last’ and with top level supports such as James Vincent McMorrow, Brian Deady and David Kitt 2019 has been an exciting and productive year.